Skip to content
The columns of Slanchevo tell us the story of the Black Sea and early civilisations that have disappeared without a trace. The limestone columns are made from carved blocks that seem to be stacked one on top of the other. They are very different from other megalithic sites in Bulgaria. They are also heavily eroded by sea water.

The Black Sea was once a freshwater lake that was smaller than today’s sea. When the water levels rose and the salt water poured in from the Mediterranean through the Bosphorus the water level rose by an estimated 100m and the area of the new sea expanded West inland by 30km. As a result it destroyed civilisations that existed on the shore and covered any trace of man-made constructions and megalithic sites. When the Black Sea basin was flooded the water level was first up to 100m higher than the level we see today. But the mass of water provoked a collapse of the seabed that pulled the waters back by several kilometers and down to today’s sea level.

And the columns of Slanchevo are witness to these massive geological events. The relief of the area and the weathering of the columns reflects these monumental shifts in sea levels.

Overall the columns of Slanchevo help us situate the epoch when they were built and confirm that the other megalithic sites belong to earlier epochs of humanity.

It is possible that the columns of Slanchevo pinpoint the existence of an early civilisation that was the precursor to the Varna culture estimated 6000 BP that is known for its gold treasures. It might also have been the precursor to Mesopotamian civilisation estimated 5000 BP that was credited with the sudden invention of writing and agriculture.

The megalithic site of Slanchevo is much more extensive than the official area open for tourists. There are several areas some of which are located in the depression on the level of the sea florr that collapsed whilst others are located higher on the edges towering above the ancient sea level before the seafloor collapsed.

What we see today in Slanchevo is probably only one megalithic site whilst others remain undiscovered under Black Sea. So it is difficult to decide whether the columns of Slanchevo are part of a larger group of megalithic sites that have common traits and were built at a same epoch.

There are several megalithic sites near Slanchevo and along the Black Sea coast, many of which have not yet been visited and added to the inventory. Some are already inventorised:

The area open for tourists is located at 50m elevation above the current sea level. But some of the columns stand above the seafloor level before it collapsed and the water retreated.

The limestone columns of Slanchevo are highly eroded. They look like Swiss cheese twirl puffs.

The erosion patterns give the impression that the columns were underwater for a prolonged period of time. The floor of the entire area is fine white sand. It feels like the bottom of an aquarium.

Whilst the columns have very specific shapes there are also limestone caves of heavily eroded constructions.

Overall there is no logical symmetrical layout of the columns. But overall we do distinguish alleys and areas along which columns have been laid out.

There are 2 distinct levels in Slanchevo. The higher level that is above the seafloor that collapsed and the lower level that is the bottom of the old sea floor before the collapse.

Compared to other megalithic sites the stone columns of Slanchevo are relatively small. They are made on a modern human scale. They are around 5m high and around 1.8m wide at the base and narrower at the top.

The relatively small size of the columns tells us that they were made at a later epoch than the massive Lemurian stones and early-Atlantean ones.

The shape of the columns is specific and radically different to megalithic found at other sites across Bulgaria.

As a column it reminds us of either an obelisk or maybe they had a functional purpose of holding a roof or marking specific areas.

The rounded shape of the columns tells us that the Limestone was worked into a predetermined and specific shape. It is a conscious effort to carve and chisel the stone into a geometrical man-made shape.

The columns are more or less of the same width and height. Compared to the megaliths at other sites we see here a standardisation of production that reflects a greater level of self-consciousness and artistic expression. It is a society that had language and planned intellectually the production of these columns for an agreed purpose. It is very different from the spontaneous production of megaliths in Lemurian and early-Atlantean times.

These 5m columns were not carved out of one piece of rock. They were assembled from several pieces that were chiselled before being stacked one on top of the other with larger chunks at the bottom and narrower ones at the top.

The columns are hollow inside. It reminds us of the technique of the Miceans that fitted tree trunks inside stone columns to give them flexibility when there was an earthquake. In geological terms Slanchevo is close to Crete and prone to similar earth tremors.

The columns of Slanchevo by their design belong to a later epoch of humanity.

There are other megaliths in the area that are bigger and bolder and seem rougher in their design that might belong to earlier civilisations.

The columns stand upright which is in stark contrast to megaliths large and small at other sites that are often inclined at around 20 degrees away from the Sun. This points to the fact that the columns of Slanchevo were built by a later civilisation that was more detached from its cosmic origins and bound more tightly to its earthly mission.

The columns and other megaliths at Slanchevo are made from Limestone. There is no granite and no quartz. It can be an indication that the columns had a different purpose and were not made to connect in the same way to the heavens above. 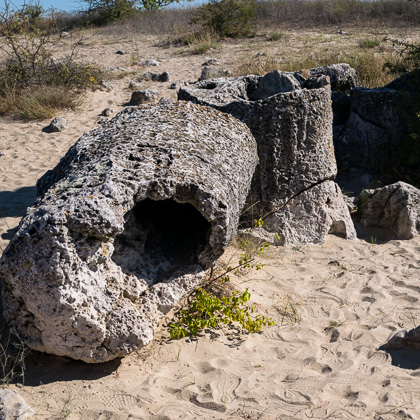 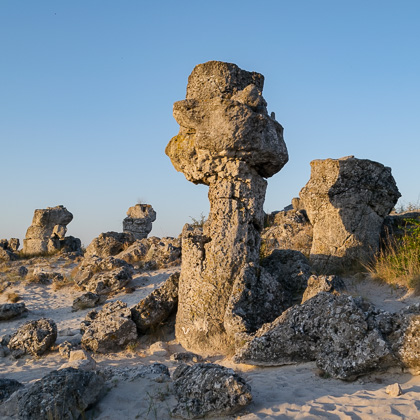 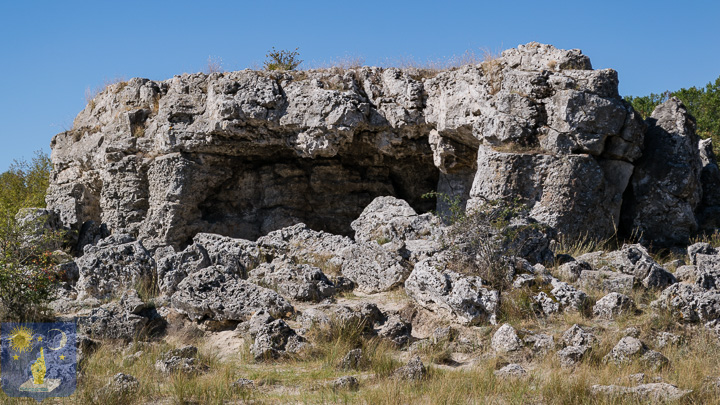 Cave or edifice at Slanchevo 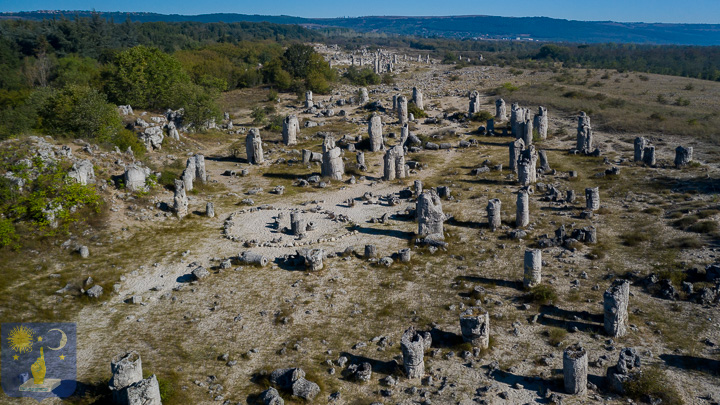 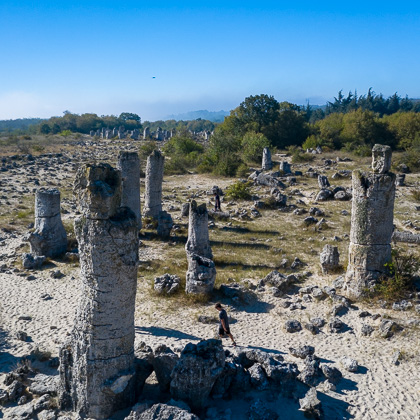 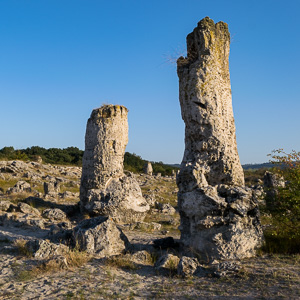 Article Name
The Columns of Slanchevo
Description
The columns of Slanchevo tells us the story of an early civilisation that was flooded by the filling of the Black Sea basin in prehistoric times. They have been a hyphen between the early pyramid builders and the later prehistoric civilisations of the Thracians/Phrygians and Ancient Greeks.
Author
Julien St Hug
Publisher Name
Bulgaria Pyramid
Publisher Logo