Skip to content
There are skewer holes in the granite that give the impression that the stone was molded around a skewer when it was soft and malleable. Skewer holes are commonly called drill holes in Egyptology. They are an enigma.

At multiple sites in the Middle Mountain we find skewer holes in granite stone. They have a regular diameter and do not have a perfect circular shape. They are slightly heart shaped.

The solid granite megaliths look like they were once soft and malleable before hardening. It seems like they were molded around the skewer hole like you would melt a marshmallow on a stick over the fire.

Stryama
At the pyramid of Stryama the skewer holes are located at the base of the pyramid. These stones date back to the earliest Lemurian epoch of megalith building. There are several skewer holes in a single megalith as well as other similar holes in another megalith nearby.

Bania
At the Double Pyramid of Bania there are skewer holes including one that is located in a granite stone that looks like it was about to be cut out like a chunk of glass. 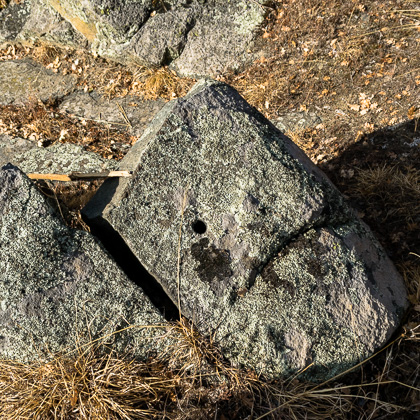 Skewer holes at the Stryama Pyramid 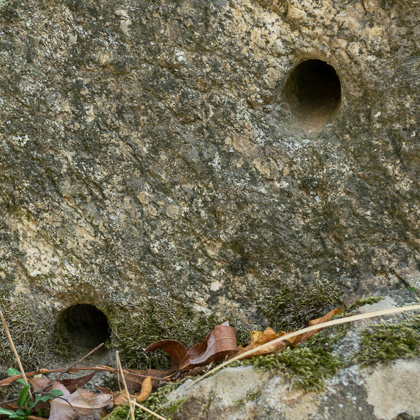 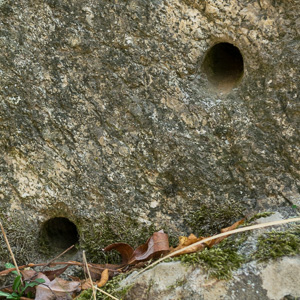 Article Name
Skewer Holes at the Bulgaria Pyramids
Description
We find skewer holes in granite stone at several megalithic sites in Bulgaria. The granite megaliths look like they were molded around the skewer hole like you would melt a marshmallow on a stick over the fire.
Author
Julien St Hug
Publisher Name
Bulgaria Pyramid
Publisher Logo