Skip to content
What do the erosion patterns on the pyramids and megalithic sites tell us about when they were built?

The erosion patterns tell us how old are the pyramids. It also reveals the ancient origins of the pyramid builders and how they were different from us and lived in a different environment.

In the Eastern Rhodope region at sites like Tatarevo, Beli Plast, Kovil and the surrounding pyramidal formations at the foot of Perperikon we see very heavy erosion patterns as if these sites up had been underwater for prolonged periods of time. The pyramidal are rubbed smooth like only water can do.

North of the Central Balkan we see a clear difference in the erosion patterns between the rampart of Sopot further West which is hardly touched by water erosion and similar rampart type formations in Pushevo which are heavily eroded.

Slanchevo
At Slanchevo we see clearly that the columns are heavily eroded by water and many of hem have fallen in an East to West direction as if they had been washed aside by one or several giant waves. In the overall geographic relief of the site of Slanchevo we distinguish 2 areas. One which is higher in elevation and probably stayed longer above the water. Another area much lower down with 50-100m denivelation that might have been underwater for a longer period of time and suffered from the collapse of the sea floor.

It confirms what we know from geological research. The Black Sea basin has always been prone to flooding. When the ice sheet melts in the North of Europe, today’s Russia. The melt waters rush down the huge river systems of the Dniester, Dnieper, Don, Volga and Ural rivers to flood the Caspian and Black Sea basin. It overflows and pours into the Danube and Thracian plains. This would provoke massive tidal waves and the long term flooding. The weight of this water mass also provoked the collapse of the seafloor in the area of the Black Sea which is what we see clearly around Slanchevo and Madara.

We also know that the Mediterranean was completely dry at certain epochs like the MSC 6 million years ago. The Zanclean flood filled up the Mediterranean basin in a dramatic fashion. After a time the waters would have spilled into the Black Sea basin via the Bosphorus Straits. Events similar to the MSC and Zanclean floods happened several times in the long term history of our planet.

It explains the erosion patterns and help us date the construction of the pyramids. 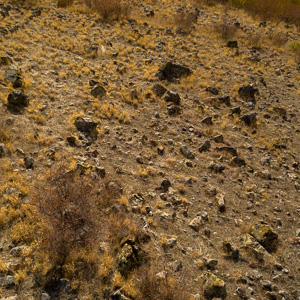 Article Name
Erosion Patterns at the Pyramids of Bulgaria
Description
The erosion patterns at the Bulgarian pyramids are due to volcanic activity and water erosion due to higher sea levels.
Author
Julien St Hug
Publisher Name
Bulgaria Pyramid
Publisher Logo