Skip to content
What do the alignments of the pyramids and megaliths tell us about why they were built?

The alignment of the pyramids and megalithic sites in Bulgaria varies but is usually off exact cardinal alignments by around 15 to 30 degrees.

Stryama
At the Pyramid of Stryama the levels on the South side are aligned South – South East around 15 degrees.

Bania
The Double pyramid of Bania is aligned 26 degrees off True South in a South-South Easterly direction.

Ostrets
The Double pyramid of Ostrets is aligned 23 degrees off True South.

The alignment of the pyramids, megalithic sites and individual stones might be an indication of the epoch when they were built. We know that Earth’s tilt in relation to the Sun has varied over long periods of time which resulted in huge climatic shifts. And so the degree of the alignment might be telling us the epoch to which each site belongs. It is possible that the stones of the earlier Lemurian epoch might be aligned at a certain angle whilst the later megaliths from the early-Atlantean epoch might have a different alignment that is closer to True South as we know it today.

The columns of Slanchevo might provide part of the answer as they represent a later epoch of megalith building and therefore might be aligned closer to True South.

So the alignment could be a clear indication of the age of construction.

More research needs to be done in order to understand the message held in the alignment of the megalithic constructions in Bulgaria.

Also more precise and complete measurements need to be taken in order to provide exact measurements for each site to clarify and the analysis and discover the patterns. To achieve this we are running a funding campaign, 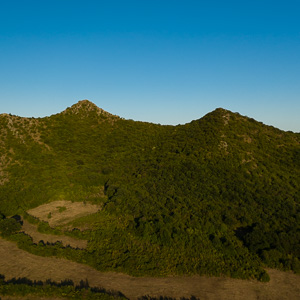 Article Name
The Alignment of the Bulgarian Pyramids
Description
The alignment of the pyramids and megalithic sites in Bulgaria reminds us of precession, Earth’s tilt in relation to the Sun.
Author
Julien St Hug
Publisher Name
Bulgaria Pyramid
Publisher Logo