Skip to content
The Sun permeates the pyramids of Bulgaria. From the position of the pyramids to the shape of the megaliths, the stones invoke the Sun.

The southern alignment of the pyramids

The pyramids are aligned to the Sun.

Double pyramids such as Bania and Ostrets are aligned on a North-East to South-West axis at around 25 degrees Off True South. It reminds us of precession, Earth’s tilt in relation to the Sun.

The double pyramids of Pazderite and Pesnopoy are aligned East-West.

The West summit is always higher which gives the impression that the double pyramid is in movement following the path of the Sun from East to West.

The double pyramids of Bania and Pesnopoy have rock faces, like promontories on the South side but none of the North side.

And single pyramids like Stryama have usually 5 levels on the South side that remind us of the plateaus of the step pyramids of South America. But on the northern side there are no levels. It gives the impression that the pyramid is turned towards the Sun.

The southern alignment of the megaliths

The megaliths of Rozovets, remind us of sunflowers. They are turned purposefully towards the South. The Standing Stones are perfectly aligned towards True South.

And megaliths are most often shaped with a flat back on the North side and a bulge on the South side.

Megaliths from both Lemurian and early-Atlantean epochs are tilted back away from the Sun at around 20 degrees off a North-South axis again reminding us of Earth’s axial tilt.

The Standing Stones for which the area is famous for used to be 3. But the northern one fell backwards. Together they formed a pyramid with the central stone slightly taller than the ones on either side, thus acting as a pyramidion. The summit of the central stone reminds us of the Monad, number 1, the Sun around which all the other planets revolve.

How did these early pyramid builders understand the Sun’s preeminence in the Universe?

Rudolf Steiner’s account of the Akasha Chronicle related in the series of lectures: Cosmic Memory, Prehistory of Earth and Man, explains how the pyramid builders intuitively knew about the role of the Sun in relation to Earth.

Man […] exercised the forces of nature […] woman became the first interpreter of them. It was a special new manner of living through reflection which developed here. p.76

The women lived in the manner described above. [They looked into the creative workshop of nature. They experienced a communion with the beings which build the world itself. One can call this communication an association with the gods.] They thereby developed special human powers. Their faculty of imagination which was in alliance with nature became the basis for a higher development of the life of ideas. p.75

So it is Lemurian women who transmitted the images of cosmic harmony reflected inside them. Whilst the Lemurian men developed the will that harnesses energy to transform nature.

The message of the universe is encoded in the numbers at the pyramids and megaliths of Bulgaria. From One to Seven we will decipher the pyramid code in separate videos and articles on our website.

There is dance between the planets that is expressed in the megaliths. They face South towards the Sun whilst being laid out by 3 the number associated with the Moon.

Earth, Sun and Moon dance before our eyes in numbers that are set in stone.

Rudolf Steiner in the series of lectures entitled Genesis, Secrets of Creation, provides a enlightening insight into the opening words of the Bible, Earth separated from the Sun and Moon to create the environment for Mankind’s Earth phase of development.

The same divine impulse, the spirit of the Sun, divine art and wisdom in the words of Rudolf Steiner, sparked the story of creation and later the creation of the pyramids.

The Sun shines through the stones of the Bulgarian pyramids. The Monad, number 1, the number of the Sun is encoded in the pyramids from the overall design down to the individual stone. The Sun is the reason why the pyramids were built. And the stones hold a message about the mission of Earth and Man.

Talking to stones… and listening to the Sun at the pyramids of Bulgaria.

Subscribe below to learn more about the cosmic origins of humanity.

We have detailed documentaries about the pyramids and megalithic sites of Bania, Sopot, Rozovets and Stryama. And more upcoming.

Southern alignment of the pyramids
The pyramids are always aligned to the Sun. They either point South, East towards the rising sun or are aligned on a NW to SE axis as if to greet the Sun.

Facing South: Plovdiv, Stryama, Sopot
The pyramids of Stryama and Plovdiv face South towards the Sun.

Angle NW to SE: Bania Ostrets
Other double pyramids such as Bania and Ostrets are aligned on a North-West to South-East axis. Their alignment is Off True South by around 25 degrees. It reminds us of precession, Earth’s tilt in relation to the Sun.

Either the South or West summit of these double pyramids is higher. It gives the impression that the double pyramid is in movement following the path of the Sun across Earth from East to West.

Promontories on South side
The double pyramids of Bania, Pesnopoy and Plovdiv all have rock faces, like promontories on the South side but none on the North side. Their design is purposefully made to invoke the Sun.

Levels on South side: Stryama
And single pyramids like Stryama have around 5 levels on the South side reminding us of the plateaus of the step pyramids of South America. But none on the north side where there are no levels.

The location and position of the pyramids in Bulgaria tells us about the preeminence of the Sun.

Megaliths: Southern alignment
And if we look at megaliths as for example in Rozovets they remind us of sunflowers. They are purposefully turned Southwards. The Standing Stones are perfectly aligned to True South.

And in Gradishte in the Rhodope the standing stone is aligned on a North-South axis.

Bulge on South side, flat on North
Many megaliths are designed for the Sun. The cluster of stones nicknamed the pew in Rozovets is made of megaliths that are shaped with a flat back on the North side and a bulge on the South side, reminding us again of sunflowers.

Inclined to absorb the Sun
And many megaliths are tilted back away from the Sun at around 20 to 25 degrees as if to absorb the sun rays more efficiently. The angle of inclination reminds us of Earth’s axial tilt, precession.

The Standing Stones of Rozovets
In Rozovets the Standing Stones are positioned on the edge of a hill facing South as if to greet the Sun at its zenith. Originally there were 3 standing stones. But the northern one fell backwards. Together they formed a pyramid. The central stone was slightly taller than the other ones on either side. It acted as a pyramidion referring to the Monad, number 1, the number of the Sun. It also evoked the second stage of Earth’s evolution in between the Saturn and Moon stages.

The Tetrahedron
The Tetrahedron which is a huge 3 dimensional triangular cluster of large megaliths is aligned South and positioned on the side of a hill to better absorb the Sun.

Why the Sun
Why was it so important for the pyramid builders to produce so many and such huge pyramids and megaliths dedicated to the Sun?

The original pyramid builders, the Lemurians, lived most of the time in a dreamlike state. And during their waking state they had blurry vision. They could not actually see sunlight clearly.

In fact, the Sun came to the Lemurians during the night. More specifically as images of the Spirit of the Sun that were revealed to Lemurian women.

The women looked into the creative workshop of nature. They experienced a communion with the beings which built the world itself. One can call this communication an association with the gods. They thereby developed special human powers. Their faculty of imagination which was in alliance with nature became the basis for a higher development of the life of ideas.

So it is Lemurian women who transmitted the images of the Spirit of the Sun and cosmic harmony to Lemurian men who transformed nature with the power of the Will. Together they built the pyramids we still see today in Bulgaria.

Images of the Sun were given by the divine spirit to the Lemurians in order to prepare humanity to receive in later Atlantean and post-Atlantean times a more complete understanding of the universe and the primordial role of the Sun.

It is the gift of intelligence, noos, as the ancient Greeks called it. Later in Christian times it became the role of Archangel Michael.

The cosmic guidance of our earth was of such a character that for a time, in an unconscious way, love streamed into humanity in its dim, clairvoyant state of consciousness and inwardly prepared it to receive this love in full, clear, waking-day consciousness. We have seen that our Earth gradually became the cosmos that was to accomplish this mission of love.

Indeed the Sun is more than just light. It is a constant flow of divine wisdom given to Man as a conscious being to develop love which is the mission of Man’s time on Earth.

Because the light of the sun streams down upon the earth, love is developed there. That is a very real truth.

Human beings exist in order that they may take into themselves the warm love of the Divine, develop it and return it again to the Divine.

Divine love is the message held in the stones of the pyramids. We see it in the triangular shape of the pyramids and standing stones that point upwards. They are visual material expressions of this 2 way process of receiving and returning the divine gift of light.

And this message held in the pyramids is a constant that we find in later human civilisations. Religious and philosophical beliefs of the post-Atlantean epoch such as the Pythagoreans developed the cult of the Monad, number 1, as an expression in numbers of the supreme divine being, the Sun.

Later the Sufi mystic Suhrawardi believed that Light exists by itself and is self conscious. Light is the act of creation. And God is the light of lights.

Esoteric teachings the world over remind us of the primordial importance of light. The sun always shines. It is creation and is always creating.

And to this day in Bulgaria the White Brotherhood celebrates at sunrise the preeminence of the Sun calling it down to shine inside their hearts.

The Monad, number 1, and the Sun both in the material form of its rays shining on Earth and its spirit streaming divine love is a constant through time from the first incarnation of humanity to this day. It bears the message of our mission on Earth to shine inside our soul.

The message of the universe is encoded in the numbers found at the pyramids and megaliths of Bulgaria. We will decipher the pyramid code in separate video documentaries and articles on our website. 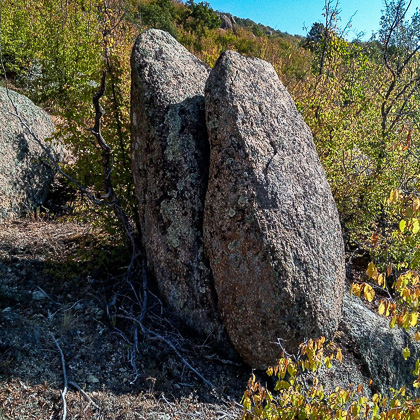 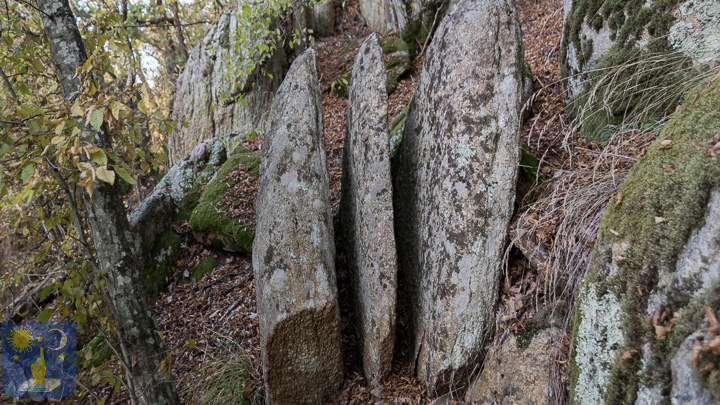 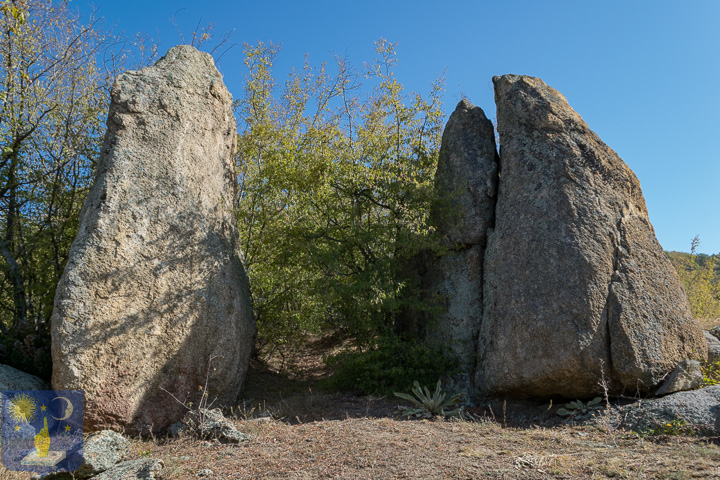 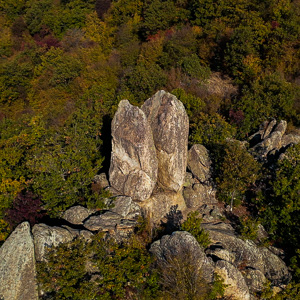 The Standing Stones in Rozovets 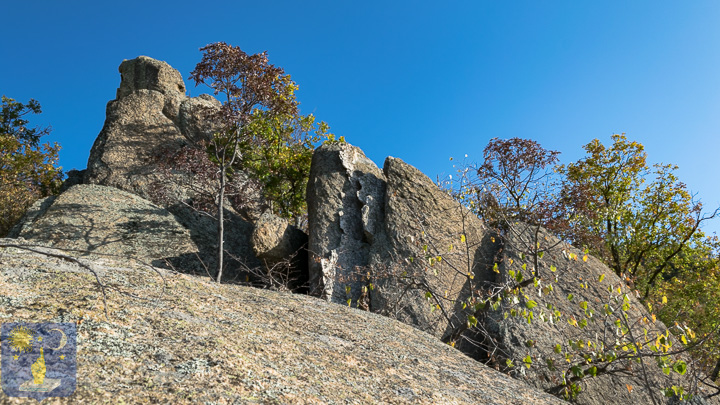 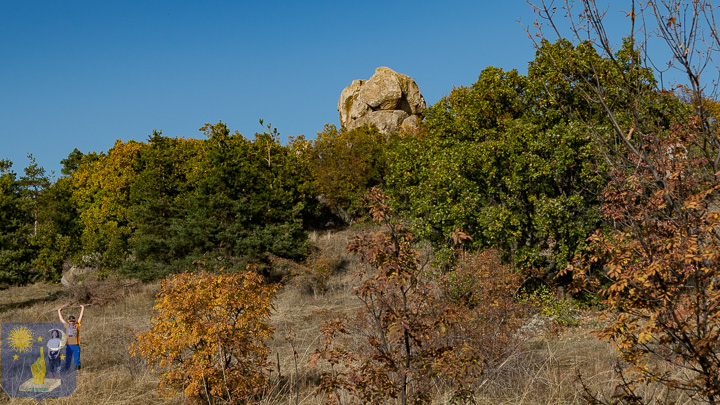 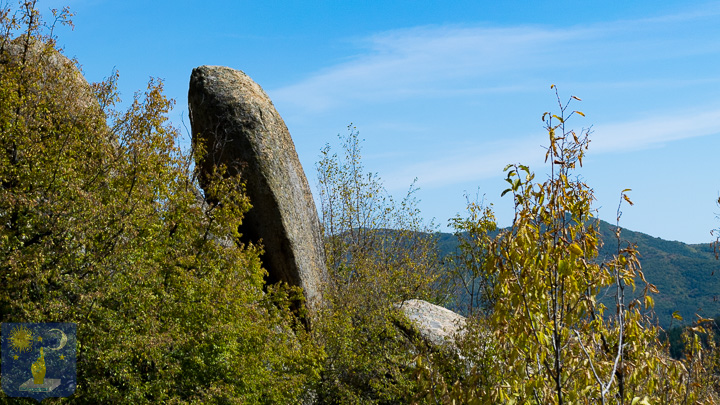 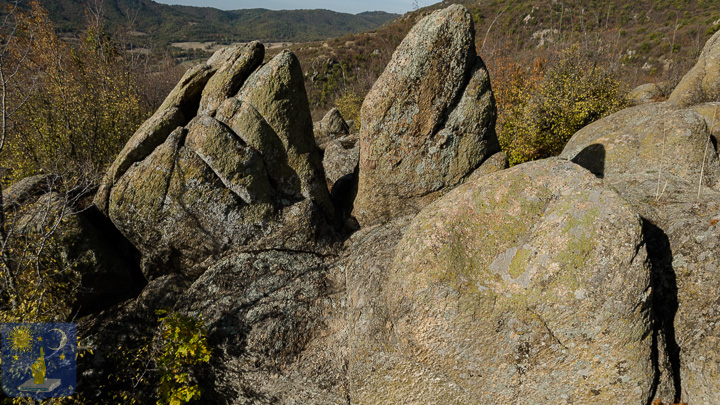 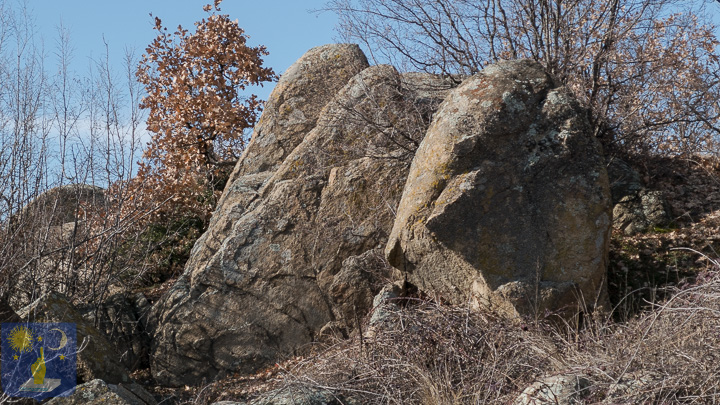 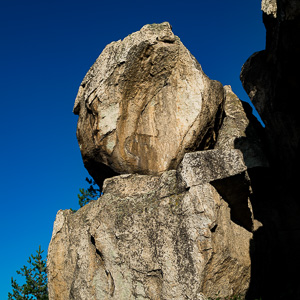 Article Name
Sun Stones
Description
Many stones at the Bulgarian pyramids and megalithic sites are oriented towards the Sun. The stones are cardinally aligned or inclined in relation to the Sun.
Author
Julien St Hug
Publisher Name
Bulgaria Pyramid
Publisher Logo